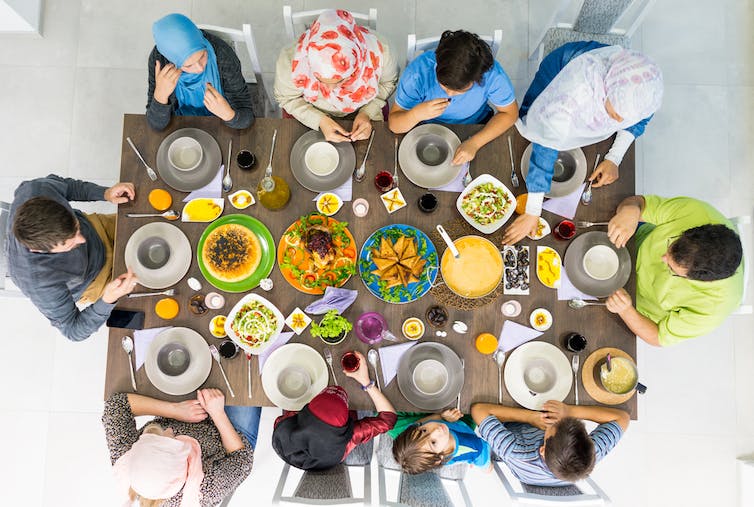 Living with your heritage culture via shutterstock.com

What is the recipe for long-term happiness? One crucial ingredient cited by many people is closeness in their social relationships. Very happy people have strong and fulfilling relationships. But if we feel rejected by those who are closest to us – our family and friends – it can sour our attempts to master the recipe for happiness.

Bi-cultural people, who identify with two cultures simultaneously, are particularly vulnerable to this kind of rejection. A person can become bi-cultural by moving from one country to another, or if they are born and raised in one country by parents who came from elsewhere. For example, for a child born and raised in London by Russian parents, Russian will be what’s called their “heritage culture”.

Research has shown that being bi-cultural is a tremendously beneficial trait because it makes us more flexible and creative in our thinking. But bi-cultural people may experience their upbringing as the collision of multiple worlds. They sometimes face criticism for stepping outside the bounds of what’s normally acceptable in their heritage culture. This happens in the recent film The Big Sick. Kumail Nanjiani, a Pakistan-born man living in the US, falls in love with grad student Emily Gordon rather than following his parents’ wishes and marrying someone from their culture.

This experience of rejection from one’s heritage culture is referred to as “intragroup marginalisation”. People experience this when they adapt to a new culture in ways that are deemed to be a threat to their cultural origins.

Jesminder Bhamra, the British Asian protagonist in the film Bend it Like Beckham is banned by her parents from playing football, a sport deemed too British and not befitting a young woman in their eyes. As “Jess” pursues her dream in secret, she feels unhappy and torn between her two identities. Her experience, similar to many bi-cultural people, highlights an important aspect of identity construction. They may wish to identify with their parents’ culture, but feel that they are barred from it by family or friends. They may even feel that they are betraying their heritage culture.

In our ongoing research, we are looking at ways that people can cope and overcome experiences of rejection from their heritage culture.

To understand this painful experience, other research has looked at whether personality traits, such as attachment style, can make a person more likely to feel intragroup marginalisation. Attachment style shapes how we interact with others in our relationships. A securely attached person sees themselves as worthy of love and others as trustworthy, while somebody who is insecurely attached can be anxious and sensitive to threats of rejection. They can also avoid and feel uncomfortable with closeness and intimacy.

Insecurely attached bi-cultural people tend to report greater marginalisation from their friends and family. This may be because they are sensitive to rejection and perceive themselves as failing to uphold the traditions expected of them by their heritage culture. For example, a second-generation Bangladeshi in Britain may feel ashamed at not being able to speak Bengali very well, or a Hungarian who moved to Britain may feel that their values have changed.

Another key personality trait reflects how individuals perceive their sense of self in relation to others. We can see our self as being independent and unique from others, and as having a high sense of agency. Alternatively, we can see ourselves as being interdependent with others and fluid, changing based on the situation.

Research has found that people who have a more fluid sense of self are less likely to feel rejected from their heritage culture, compared to those who have an independent sense of self. This is because they are better able to reconcile both their cultural identities without experiencing conflict.

Having a more fluid sense of self is also linked with a greater flexibility to tailor our responses and behaviour to different social situations. This means these people may find it easier to choose which parts of their identity are appropriate in any given situation. So they may identify with the same values as their family when cooking traditional dishes and eating dinner at home, and another set of values when playing football with their friends. They may be more ready to accept that they can identify with both cultures, without compromising their authenticity.

Being pushed out is painful

Those who feel rejected from their heritage culture can be left feeling alone and unsupported. This has been linked with depressive symptoms, poor well-being and greater stress. It can also leave people feeling as if their two cultural identities are in conflict with each other.

One of our research studies in 2015 surveyed people from a wide range of heritage cultures about their experiences of intragroup marginalisation. We found that those who perceived that they had been rejected by friends were more likely to agree with extreme attitudes in defence of their heritage culture, such as fighting someone who insults it or even dying for it. One reason may be that this is a way of alleviating uncertainty and reaffirming one’s cultural identity.

Marginalisation may appear to be subtle – a gentle scolding about what typical members of a person’s family or friends should act like, a teasing comment about an accent – but its persistence can wear down individuals, unsettling relationships, and having a negative impact on well-being.