Chris French joined the Department of Psychology at Goldsmiths in 1985 and for the past four decades has studied the psychology of paranormal beliefs and anomalous experiences.

Over 150 articles and chapters later, Chris retired in September 2020. Now an emeritus professor, he recently signed a deal with MIT Press and is working on a popular science book about what he calls “the psychology of weird s**t”.

Ahead of Halloween – traditionally his busiest time of year – we caught up with Chris to discuss his career exploring ghosts, paranormal experiences, conspiracies, and what science can reveal about what makes us believers…

Sarah Cox: You admit to having once been a ‘believer’ – how did you go from this to a career debunking the paranormal?

Chris French: As a child I was terrified of the dark. I was always interested in UFOs and aliens, but didn’t find them too scary compared to ghosts, and always had an interest in science fiction and fantasy. It was the 1970s! Going through a psychology degree and part way through my PhD on brain function and hemisphere differences, I had an interest in the weird stuff, and generally it was from the perspective of someone who was a believer in a lot of it.

One day I was reading James Alcock’s Parapsychology: Science or Magic?. It was the first sceptical treatment of these topics that I’d come across. I found it very convincing and it followed from there. What began as a side interest gradually grew from the early ‘80s. When I joined Goldsmiths I did a couple of sceptical lectures on parapsychology and ten years later I realised I knew enough about it to put a whole module on, which was very popular with the students. We covered everything from alien abduction claims to ghosts to psychic powers from the point of view of: can psychology explain these kinds of beliefs and what underlies them?

When I began to do research in this area it was tolerated, not encouraged, and for a long time I had more ‘respectable’ research in parallel. I was involved in automated assessment in the early days of computers, spent time researching cognition and emotion. Some was in collaboration with my wife – our joke was that we could never split up because who’d get custody of the data? But it was the weird stuff that was really fascinating to me.

SC: Is there anything that’s happened to you that even you can’t explain. Anything really spooky?

CF: I would never claim to have a definitive, conclusive, explanation, for every single paranormal claim. I’m aware of the imperfections of human cognition, which means that I’ll take eyewitness accounts with a pinch of salt.

As an undergraduate in the 1970s we used to play with Ouija boards after getting back from the pub on a Friday night. After I graduated from Manchester I went to Austria with some friends and we had a Ouija board session, and that got really creepy. The guy who always seemed to get the best results was this down-to-earth Yorkshire lad called Andy. Not much was happening at all and we were about to give up, but then words started to appear and tears ran down Andy’s face. You can obviously think of possible explanations but at the time it really freaked me out.

I recently passed this account back to the people I was with and they all had different memories of what happened. Andy said that most of my account seemed correct but he didn’t remember the tears. Others said they remembered the tears but didn’t think it happened while we were on that particular holiday. Would I class this as inexplicable? No. We know how Ouija boards work. But it was creepy! And I’m always prepared to say: I might be wrong. 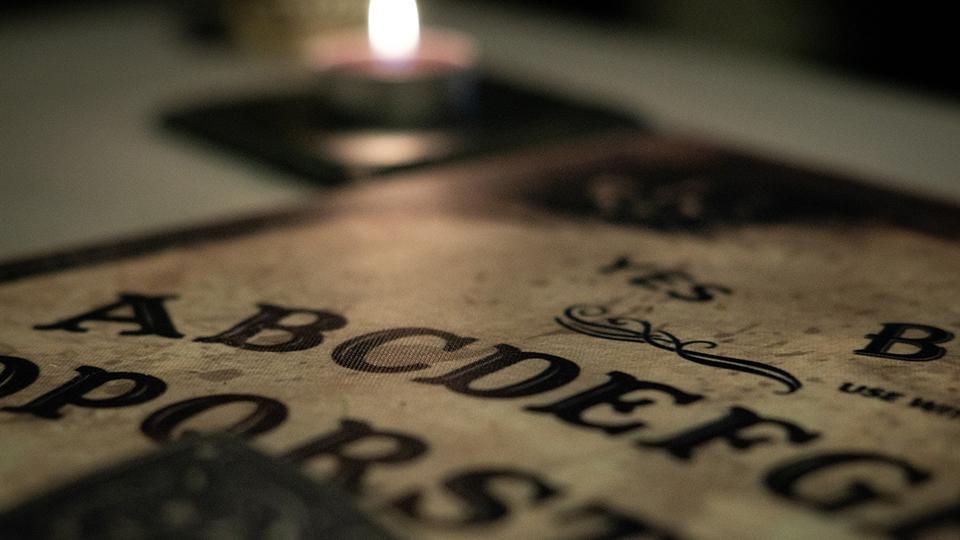 SC: You said that your work was tolerated by other psychologists, but how has it been received by believers?

CF: One of the most troubling emails I’ve received threatened decapitation. It lost some of its impact because it had been sent to about 300 people at the same time.

One of my research areas is understanding belief in conspiracy theories and I’m constantly being accused of being in the pay of government, the ministry of defence, or told that I’m deliberately lying. In the eyes of the conspirators, if you don’t believe them you’re either ‘sheeple’ or part of the conspiracy.

With respect to people claiming to have had a paranormal experience, I understand where they’re coming from. You’ve got this smart-arse professor who wasn’t there at the time they had their experience, in their eyes, trying to dismiss it. For most people the personal experience is the most powerful evidence there is but if you’ve ever studied psychology you’ll realise that’s often not the case. There are lots of reasons why a personal experience can be misleading and fool you. I always try to be as diplomatic and tactful as I can, and not ridicule people.

The one exception would be con-artists who exploit vulnerable people. There’s a big difference between people who genuinely believe they have, for example, psychic powers, and those who know they haven’t but deliberately engage in fraudulent behaviour. It’s very easy to fool people – I once passed myself off as a psychic on Richard and Judy.

SC: Have you ever managed to convert someone to the sceptic side?

CF: It’s great when someone gets in touch to tell me what happened to them and I can say ‘that sounds very much like sleep paralysis’ and send them information, say ‘yes it’s scary but we understand how it works: it’s not ghosts, demons, you’re not going crazy’. That’s not going to work for other paranormal experiences. Once someone’s very invested in the idea that they’ve been abducted by aliens then you’re probably not going to convince them otherwise. But if you can get to them early and give them information, it can help.

Often people are resistant because they’ve got a vested interest in it being paranormal. They’ve got a more interesting story if it’s a ghost than if it’s the central heating making strange noises. A man who thought his shed was haunted because his tools kept being moved around on a table had a friend set up a camera – it turned out to be a mouse. Suggesting a mouse as an explanation seems unbelievable, but the video captured it. Just because you can’t think of an explanation, doesn’t mean there isn’t one.

SC: Other than sleep paralysis, why do people believe in ghosts and aliens and what are some of the positive sides to believing?

CF: Our cognitive systems are very powerful but we know there are certain biases we’re susceptible to that make us predisposed toward certain types of beliefs. There are glitches that will cause things like sleep paralysis. It’s a combination of all those factors, the cognitive, plus the emotional and motivational. We don’t like the idea that when we die, that’s it. If you buy into the notion of life after death then the idea that spirits might hang around on earth is a natural follow on. The emotional side is important, and for many people, including myself, it simply makes the world a more exciting and interesting place!

If you believe in life after death you’re probably not as afraid of dying as someone who doesn’t. For many, the paranormal world view is a positive one, the idea of amazing powers that can be unlocked. There’s positivity in the way it’s presented rather than a scientist saying ‘you’re just a random collection of atoms, no more important than any others in the universe and when you die you’re dead’. That’s a pretty difficult message to sell. I’m a great believer in humanism, though – you’ve got one life, so make the most of it.

SC: What about the negative side to placing belief or trust in the paranormal or pseudoscientific?

CF: As a kid I was genuinely terrified of ghosts, and a lot of adults are. That’s a genuine fear that’s unnecessary but it’s real. When it comes to other beliefs, like alternative medicine, in many cases it’s not doing anyone any harm. When you get a situation where a treatment is delayed because the patient has been relying on coffee enemas or other quack ideas, that’s a preventable tragedy.

The belief in conspiracy theories – you can point to hundreds of thousands of deaths. For example, the belief in pseudoscientific ideas about AIDS that were embraced by the South African government is estimated to have cost well over 300,000 lives. The QAnon stuff that’s around today can cause real damage. It’s not all harmless.

SC: Recent media coverage – some of which you’ve contributed to – suggests young women in particular are turning toward magical thinking: tarot, horoscopes, witchcraft, crystals. Why do you think this is?

CF: There’s a body of evidence to show that all forms of magical thinking tend to increase in times of uncertainty and stress. If your real life is a bit bleak and miserable, you’re more likely to buy into it. I’ve just written a piece for The Skeptic on whether or not there’s been an increase in ghost reports during the pandemic.

As an atheist I find it almost incomprehensible that when there’s a big natural disaster, religious belief goes up not down. People praise God that they didn’t die. With horoscopes, 75% of people say they read theirs but only around a quarter actually believe in astrology. A lot are reading it for entertainment. Others really believe and from a psychological point of view, that’s interesting.

Perhaps the sceptics are the weird ones? If our brains are predisposed to certain types of beliefs, what is it about sceptics that we’ve chosen not to? I’d like to set up an experiment where it looks like something genuinely paranormal is happening and see how sceptics respond, interpret, and perceive it.

SC: What do you think the next generation of researchers in your field should be focusing on?

CF: Over the past few years our main areas have been sleep paralysis, false memories and conspiracy theories, and there’s still a lot to do on all three. But the most urgent is conspiracy theories. A few years back hardly any psychologists were investigating this topic. Because of the strange times we find ourselves in, now it’s recognised as an important area. Covid would have taken many American lives anyway but Trump’s behaviour and statements and the spread of conspiracy theories is directly responsible for a vastly increased number of deaths. How do we counter misinformation and disinformation?

With the ‘weird stuff’ a lot of people have a superficial interest but don’t think it has to be taken seriously. With conspiracies we do, it’s something fundamental about our own psychology and it’s going to have real world implications. People have increasingly come around to accepting that.